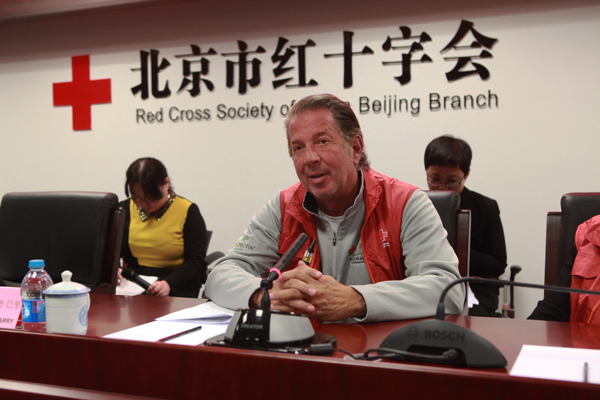 Ted Cruz, IDC, and the Politics of Solidarity

Yesterday, as the controversy over Ted Cruz getting booed off stage at an In Defense of Christians event for his focus on Israel was picking up steam, the nation’s largest Christian pro-Israel organization stepped in to defend Cruz and Israel. They did not mince words. And my initial reaction, as I tweeted last night, was: the Jews need to be in the middle of this intramural food fight like we need a hole in the head. But I’ve since reconsidered somewhat, having seen some productive things come out of this controversy.

My instinctive response was based on the fact that Jews really don’t love being the reason Christians are angry with each other. And that remains true. But the fact that the Jewish state was in the middle of this has revealed some common ground that usually flies under the radar, and deserves more attention.

First, there is the issue of Cruz telling the crowd, which was there to support the oppressed Christians of the Middle East, that Israel was their best friend. Over at the Federalist, Mollie Hemingway takes issue with Cruz’s focus on Israel and David Harsanyi defends it, noting that Israel is the one country in the region where Christians can live safely and practice their faith, and are therefore thriving.

I would only add to Harsanyi’s point that not only is Israel a safe destination for Christians, but Israel is currently actively involved in saving Christians in the region. It is simply a fact that for the oppressed Christians of ISIS strongholds like Syria, Israel is their ally–in practice, not only in theory. It’s not particularly well known, thanks to the tangled politics of Christian Arab groups being supported by Israel. But it’s quite clear now that since this controversy broached the subject, it must be pointed out that Cruz was not merely engaging in hyperbole.

Second, while this issue has become extremely divisive, there might be a silver lining in terms of common ground between Christians and Jews. I have no desire–and more importantly, nothing approaching the knowledge level–to get involved in the intramural theological disputes here. (Though it’s clear that many of those understandably defending their fellow Christians are quite plainly unfamiliar with IDC.)

But one reason Jews have been such steadfast allies to the beleaguered Christians is that they understand exactly what Syrian, Iraqi, and other Christians are going through. And they also understand the need for interfaith help. To Jews, the concept of hakarat hatov is important; the term represents the need to display proper gratitude. And so earlier in the week, the Jerusalem Post reported on the wealthy Canadian Jewish philanthropist who has been dubbed the “Jewish Schindler.” His name is Yank Barry, and he “last week surpassed his goal of helping 1,200 Middle Eastern refugees, Muslim, Christian and Yazidi, from war-torn and oppressive countries, helping them rebuild their lives in Bulgaria.”

He took the number 1,200 from the number of Jews Oskar Schindler saved during the Holocaust. Think of this as the Jewish version of “Lafayette, we are here!” Jews don’t forget those who helped them, of whatever faith. And we have been commanded “you shall not mistreat a stranger, nor shall you oppress him, for you were strangers in the land of Egypt.” Don’t forget where you come from or what you’ve been through, in other words.

And there is also something encouraging in the way Christians (on the right, anyway) have responded in fellowship and solidarity with their oppressed brothers and sisters elsewhere, with Pascal-Emmanuel Gobry even calling on American Christians to rethink casting a vote for Cruz. Many of these Christian thinkers and writers are reliably pro-Israel and certainly consistent in their philosophical, political, and ideological outlook. (Gobry is a contributor to COMMENTARY.)

But for some of them this is far more interesting. One clearinghouse of pro-IDC anti-Cruz reaction has been the American Conservative magazine’s website. That’s appropriate, and it’s been quite heartening to watch the magazine’s writers call for putting Christian unity above American politics and to prioritize the fate of Christians in the Middle East.

I say it’s heartening because the magazine’s website has also been an easy place to find accusations of dual loyalty against Jews who express their displeasure with an American politician because of that politician’s perceived lack of understanding and sympathy for the plight of the Jews in the Middle East. Here is the charge leveled against Sheldon Adelson, for example, with the added bonus of saying he purchased Newt Gingrich’s candidacy to turn the Republican presidential candidate into an agent of the Israelis. Here is the site speculating about whether Eric Cantor, who is Jewish, lost his election because he was “Bibi Netanyahu’s congressman.” And of course, the magazine’s founder, Pat Buchanan, is famously of the opinion that pro-Israel Jewish Americans are an Israeli “Fifth Column” in America.

So the discovery that faithful solidarity and American loyalty are not mutually exclusive is a revelation (no pun intended) of common ground to some writers. The controversy surrounding Cruz’s speech might be divisive, but it’s also a reminder that Christian Americans and Jewish Americans are on the same side here.